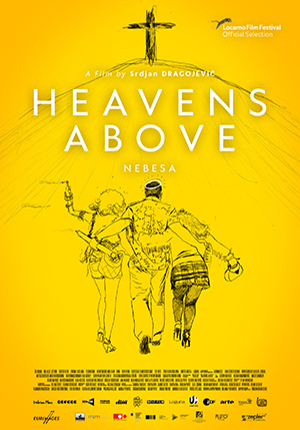 Synopsis / Inspired by short stories of Marcel Ayme.
After half a century of Communism and Atheism - Religion is Back to stay!
But is this disoriented Eastern European society ready for it? A working-class man receives a Halo; a death-row criminal transforms into a baby; an artist discovers that his paintings don't just feed souls, but stomachs too. Breathing the surrealism of Bunuel and rich in distinctive dark comedy, the latest feature from acclaimed Serbian filmmaker, Srdjan Dragojević ("The Parade"), is by far his most ambitious project yet. Set in a post-communist society, riddled with superstition, corruption and hope, three magical stories intertwine over the span of three decades, in a poignantly idiosyncratic exploration of God's miracles. 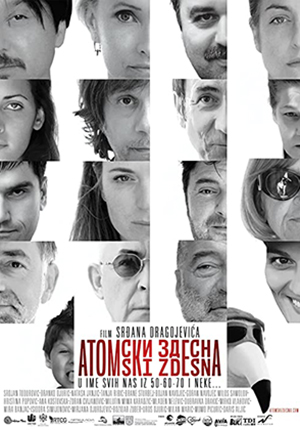 HOLYDAYS IN THE SUN

Synopsis / MLADEN (44) Belgrade born, is a timeshare salesman at Croatian Holiday resort. He is having an affair with his colleague, SONJA (40), who is married to METOD (50) the chief sales manager who learns about his wife's infidelity. He assigns Mladen the toughest client - Omer, a Bosnian war veteran, who doesn't try to hide his aversion to Mladen. Everything becomes hopeless when Omer's three year old son Svendy falls over the edge of the hotel terrace and ends up in a hospital. Grim mood that prevails among the potential buyers is about to ruin the sales. Sonja and Metod blackmail Mladen to continue the sales at the hospital while Omer and his wife are waiting for their son's operation. 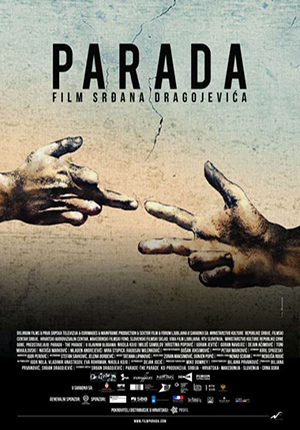 Synopsis / A homophobic, middle-aged, Serbian gangster LIMUN ends up sacrificing himself to protect Gay freedom in his country. RADMILO and MIRKO are young and successful gay couple, and they would be a happy couple anywhere else except in - Serbia. They try to live discreetly but still, every day they are abused by the homophobic majority. Mirko is a gay rights activist, and his dream is to organize the first successful PRIDE event in Belgrade. This is almost a "mission impossible"; in 2001, an attempt to hold PRIDE in Belgrade ended up in bloodshed. One decade later, the situation is not much better - nationalist and neo-Nazi organizations prepare another massacre in case of holding the gay parade, while the police refuse to provide protection for the participants. A strange couple arrives in Radmilo's and Mirko's life - LEMON an ex criminal and war veteran, the owner of a small security company and his fiance - PEARL (30) a beauty parlor owner. Radmilo, a successful veterinarian, performs a life-saving operation Lemon's pit-bull terrier, the victim of a drive-by shooting that served as a warning to the dog's master. Mirko runs an agency that organizes sophisticated weddings and now he has the ultimate nightmare clients - Pearl and Lemon. The encounter between these two worlds ends in disaster - yet another humiliation for Radmilo and Mirko. Mirko had enough - not long ago he received Immigrant Visa from Canada and wants to leave the country forever. Radmilo is ready for a desperate measures to keep his partner and their relationship - He offers a deal to Lemon, asking that Lemon's agency provide protection for the Belgrade Pride. In return, Mirko will organize the wedding party for Pearl and Lemon. Lemon reluctantly accepts, but his staff refuses to protect homosexuals. Put in a tight spot, Lemon thinks of his "dear" enemies from the ex-Yu wars. LEMON and RADMILO embark on a recruiting trip all over ex-Yugoslavia. They manage to sign up for their mission: NIKO (45) a Croat war veteran, HALIL (40), a Bosnian Muslim, and AZEM (45), an Albanian from Kosovo. But the handful of "samurai" are yet to face their greatest challenge... THE PARADE, in a tragicomic way, tells the story about ongoing battle between two worlds in contemporary post-war Serbian society - the traditional, oppressive, homophobic majority and a liberal, modern and open-minded minority. 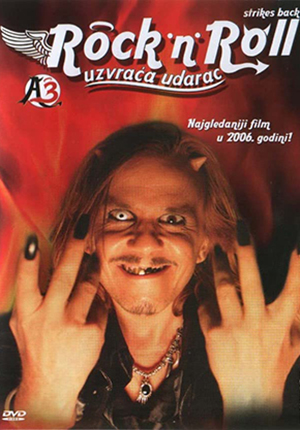 WE ARE NOT ANGELS 3 - ROCK`N`ROLL STRIKE BACK

Synopsis / Borko Pavić a.k.a. Dorian sold his soul to the Devil in the mid-1970s in order to become a rock star in the Socialist Federal Republic of Yugoslavia and gain wealth and fame. But in today's Serbia, success and fame no longer live in rock`n`roll. MARKO, a former Dorian fan, knows this best, who gave him up when his idol turned into turbo-folk music. As Angel and the Devil are always in action, so is Marko's great desire to get a "Telecaster" guitar, which leads him to sell his soul to the Devil. 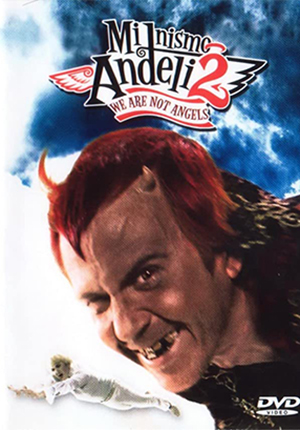 WE ARE NOT ANGELS 2

Synopsis / In this sequel of beloved and acclaimed comedy "We Are Not Angels" (Srdjan Dragojević's debut feature fiction film), NIKOLA a former playboy must cope with his teenage daughter's adolescence, as well as numerous boys that keep knocking at her doors. A worried father thinks she might get in type of troubles he used to cause when he was just the age of her wooers. 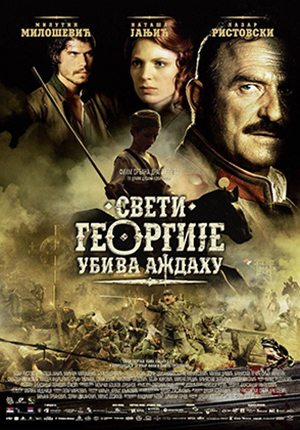 Written by / Dušan Kovačević (based on his play)

Synopsis / Gritty, complex period piece unfurls circa 1914, against the explosive backdrop of the early-World War I Balkans. In a Serbian village on the banks of the Sava River (which constitutes the border of the Austro-Hungarian Empire), the local population falls into two factions with radically different ideologies: the veterans from prior Balkan conflicts, many of whom are invalids given their war casualties, and the new military recruits - young, strapping and full of vigor. When the Great War formally erupts following the Archduke's assassination, the new recruits of the village march off to the front lines, leaving the invalids behind; many of those who remain willfully and irresponsibly take sexual advantage of the soldiers' wives and sisters. News of this reaches the Serbian High Command shortly before the battles commence; in response, he summons the invalids and places them at the front lines, in an attempt to effectively deal with the guilty parties. Meanwhile, an unexpected romance blossoms between an area policeman, his wife, and a Balkan war invalid. 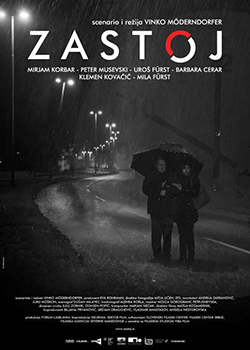 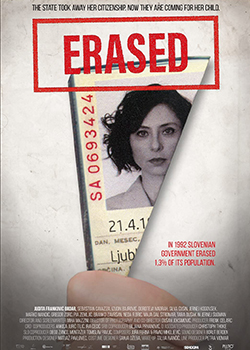 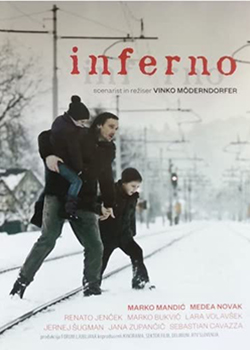 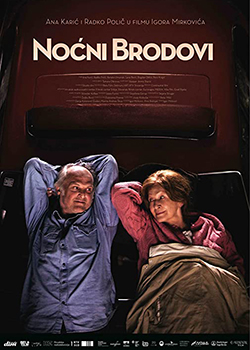 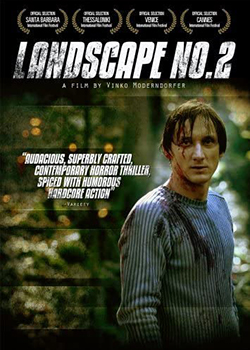 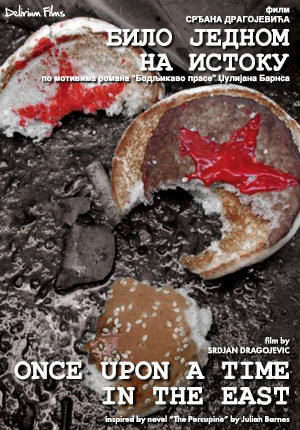 ONCE UPON A TIME IN THE EAST

Synopsis / Set in a post-communist fictional country, loosely based on Romania and Bulgaria, the film concerns the trial of dictator Stoyo Petkanov after 40 years of his rulership. As the newly appointed Prosecutor General attempts to ensnare the former dictator with his own totalitarian laws, Petkanov springs a few unwelcome surprises on the court by conducting a formidable defense. 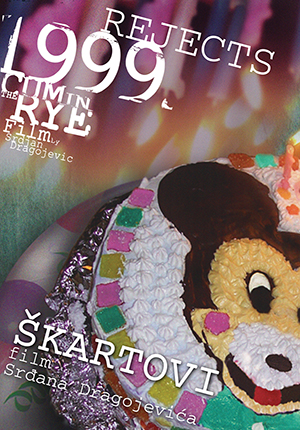 Synopsis / The last part of the trilogy "90`s" after the films "Pretty village, pretty flame" and "The Wounds". The plot of the film takes place in Belgrade, where we follow the main characters during a night in May 1999, while NATO planes and "smart bombs" are bombing Serbia. "Rejects" is, almost certainly, MUSICAL - a genre that does not exist in serbian cinema. Considering ourselves "deadly" seriously, we have often neglected this genre. But, it seems that there is nothing more healing than the same. And in cinema, but also in life. The screenplay "REJECTS" won the first prize and financial support at the Festival in Thessaloniki, at the co-production market - The president of the jury who decided on the best project was Guillermo Arriaga, the writer of the films "Amores Perros" and "Babel". 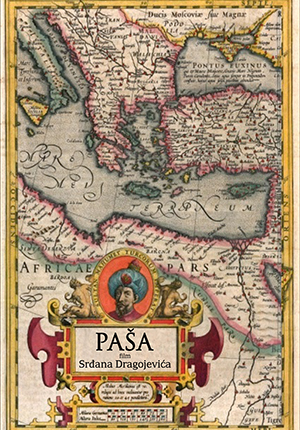 Written by / Srdjan Dragojević (Inspired by the book "MEMOARS FROM THE BALKANS 1858-1878" by Martin Gjurgjević, published in Mostar in 1910)

Synopsis / (A Balkan Western comedy based on historical characters and events with a great deal of fantasy)
In the late 1860s, Turkish nobleman OSMAN PASHA and the future Prince of Montenegro NIKOLA are the cadets of the famous French military academy Saint-Cyr. Despite the centuries-old war between their countries, Osman and Nikola become best friends. Along with the studies of military art and science, in their spare time the two of them try to master another noble art - POKER. Ten years later, Nikola is the Prince of Montenegro and Osman Pasha leads the attack of the Turkish army on the small principality. The Montenegrin win the battle and capture Osman Pasha. Despite the resentment of his Dukes, Nikola spares Pasha's life and takes him as a prisoner of war to Cetinje, the capital of Montenegro. As he waits for the Sultan to decide whether he will pay the ransom for his head or not, Pasha is the guest of the only hotel in Cetinje, along with a number of other European representatives who came to watch the battle. Pasha kills time at the poker table, at first with the European diplomats, then with the Montenegrins. The game of poker turns into Pasha's winning streak. The small country of Montenegro starts to lose its centuries-long independence... 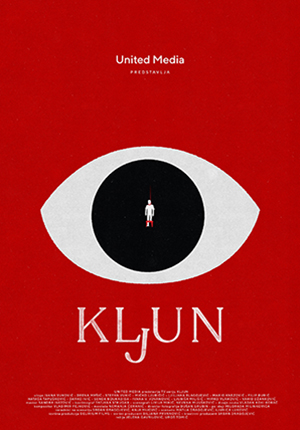 Synopsis / Sonja Kljun is a young, ambitious detective, eager to prove that her refined intuition is right - the alleged suicide in peaceful Subotica hides far more serious secrets than it seems at first glance. Sonja's moving to Subotica will trigger an avalanche of events that will reveal deeply buried secrets related to the mysterious organization, but also to Sonja's past. Refined intuition is not unique to Sonja, but also to her ten-year-old daughter, whose unusual dreams related to her mother's job are beginning to come true. 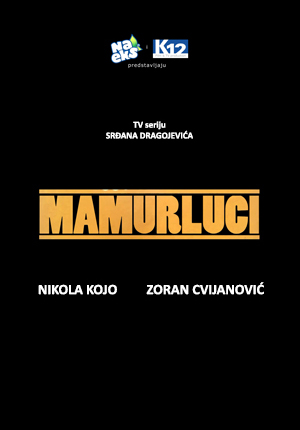 Synopsis / Kolja and Cveja, long-time friends and fellow actors are trying to cope with debt bondage, which led to Cveja's eviction from the apartment by the executor. Beside personal, family and business misfortunes, they will experience series of incredible events during one day. This Pilot for TV series was produced in 2015, but eventually was modified, rewritten and transformed into the feature film that got released year later. 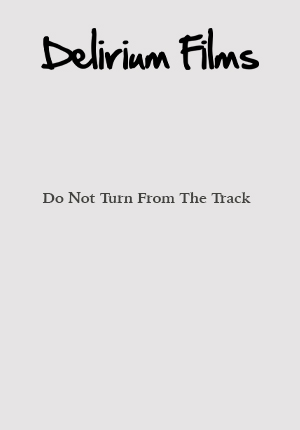 DO NOT TURN FROM THE TRACK 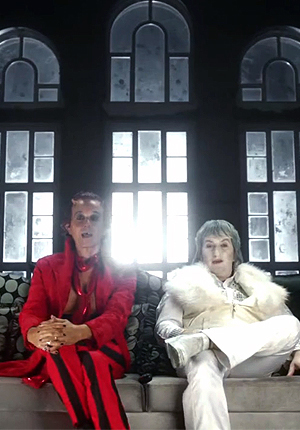